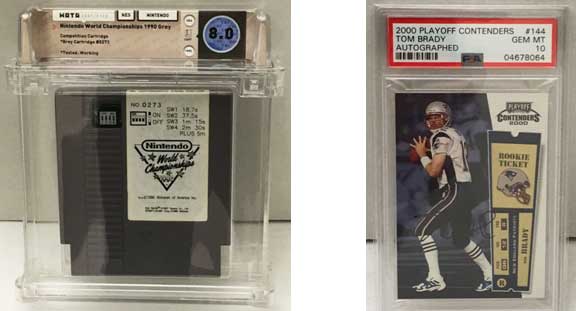 A New York-based vintage comic book dealer just brokered a mother of sports card trade, and the deal was a little less conventional than the typical auction or trade.

Vincent Zurzolo, the co-owner and COO of New York’s Metropolis Collectibles, brokered a deal between two of his clients that involved a 1-to-1 trade.

On one side of the deal was a Tom Brady 2000 Contenders Rookie Autograph #144, the rarest and most valuable of modern football cards. Read More!

Here to Serve You

Have Questions or Need Help?